Dog Obedience House Training—How To Go about It

House training is a very important phase in a dog’s life. It secures the tight bond and good relationship between the master and the dog. Experts advice that house training must start while the dog is young. In this sense, your pet’s misbehavior will be corrected at such an early time. Therefore, the sooner that you start with dog obedience house training, the better.

Here are the guidelines on how you should go about dog obedience house training.

Let him have his own space.

The untrained puppies or dogs should not be allowed wandering around the house without any supervision. You may not know it but your pet might already be chewing on things and worse, may get themselves injured or electrocuted. If you are at home, be sure to keep him in a place where you can see him easily. If there will be a time that he will be left alone, better place him in his den or crate. Put a bed of his own that can be made out of a box or towel, some toys, his water and food. Be sure to let him have his own playtime too so he can have enough exercise.

Introduce him to new areas.

After you have taught him how to behave in his own place, it is now time to introduce him to the other areas of your home. Be sure to spend time with him in that area. If you want to show him the new place where he can eat, do it under your supervision. Introduce the places and what he is allowed and disallowed to do in these areas. Do this by leashing him so as to control his reactions. Unleash him when you think he already has gotten himself familiar with the new areas. But, remember to keep watch or else he might get into trouble and cause further damages.

Show him the area where he can do his thing. Make sure not to confuse him. Never allow him to play in that area or he might get the idea that he can use the same place for all his activities.

Let him understand the “No Chew” command.

By nature, dogs like to chew on things since it aids in the strengthening of their teeth and gums. It is also kind of a healthy exercise for their jaws. Part of your dog obedience house training is providing him with toys that he may chew on and let him understand that not all things can be used to strengthen his teeth and gums. Be stern as you give him the “no chew” command. Praise him when he has done the right thing and give him a reward.

It is always important to keep your dog away from the rooms that contain pieces of furniture and where the electric lines are. Give him the “off” command and when he does follow it, pat him and praise him.

By and large, dog obedience house training will benefit you in the future. So, start early! 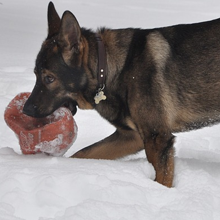 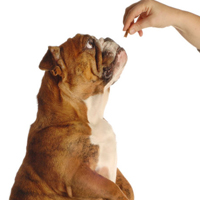 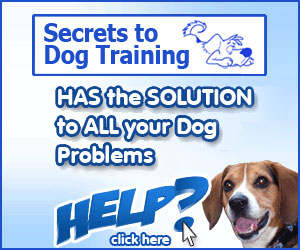